We don’t know when Carl Faust, the founder of Marimurtra, visited Blanes for the first time. It’s likely that it was in the middle of the first decade of the last century. He was in his thirties then, and used to take group trips to different corners of this land, usually to high mountain areas, but also along the wild Costa Brava, that dazzled and captivated him. In a letter written in 1947 he told his friend Josep Cuatrecasas, “what people see now, I already saw on my first visit“. And that was how, in 1918, at a time when business was going very well and he was beginning to think about what his future would be like, he decided to buy an initial piece of land from which the botanical garden would eventually be born. 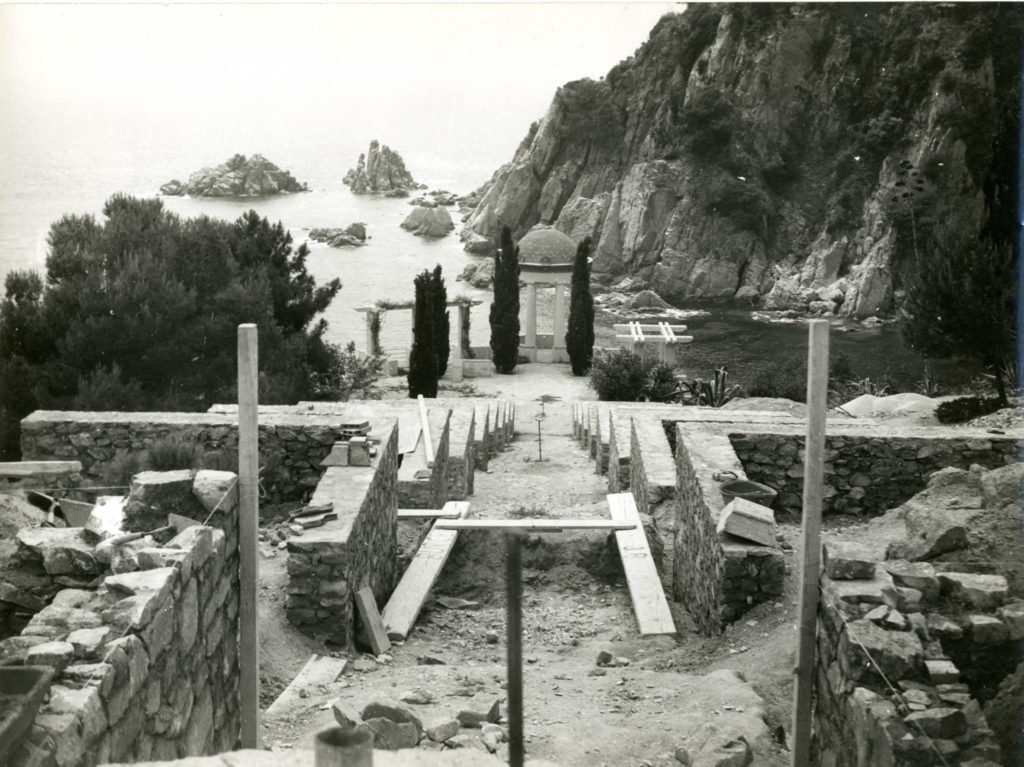 On January 14, and before the notary Joan Coma y Cirés, he bought, for 150 pesetas, a “piece of vineyard land, in part, of third class, and uncultivated part, located in this municipal area and called San Francisco, of space, a little more or less twenty-four areas eighty and one centiareas. It is bordered to the North by the road that leads from this town to San Francisco, to the south by the Mediterranean Sea, to the East by José Vieta and to the west by Mariano Verdaguer“. This was an old vineyard that, probably due to the phylloxera plague that had ravaged Catalonia twenty-five or thirty years previously, had been left unproductive and was now partially barren.

Perhaps barren from a viticultural perspective, the place was however quite special: a space of rock and sand inclined towards the sea, with a moderate thermal variability, protected from the north winds, with low salinity and a high relative humidity. Such characteristics that “I would share with the other farms that, from the following year, I would acquire and so form the totality of the current garden, and that would make Marimurtra the ideal place to grow plants that, until then, had not been obtainable in any part of Europe”.