The agreement makes the books and documents of Carl Faust’s private library available to the general public, as well as researchers and scholars. This collection consists of about 1,700 works, both històric and contemporary, focused on environmental sciences, ecology, plant conservation, landscape design and landscape architecture, horticulture, floriculture and flora from around the world, especially from the Mediterranean area. 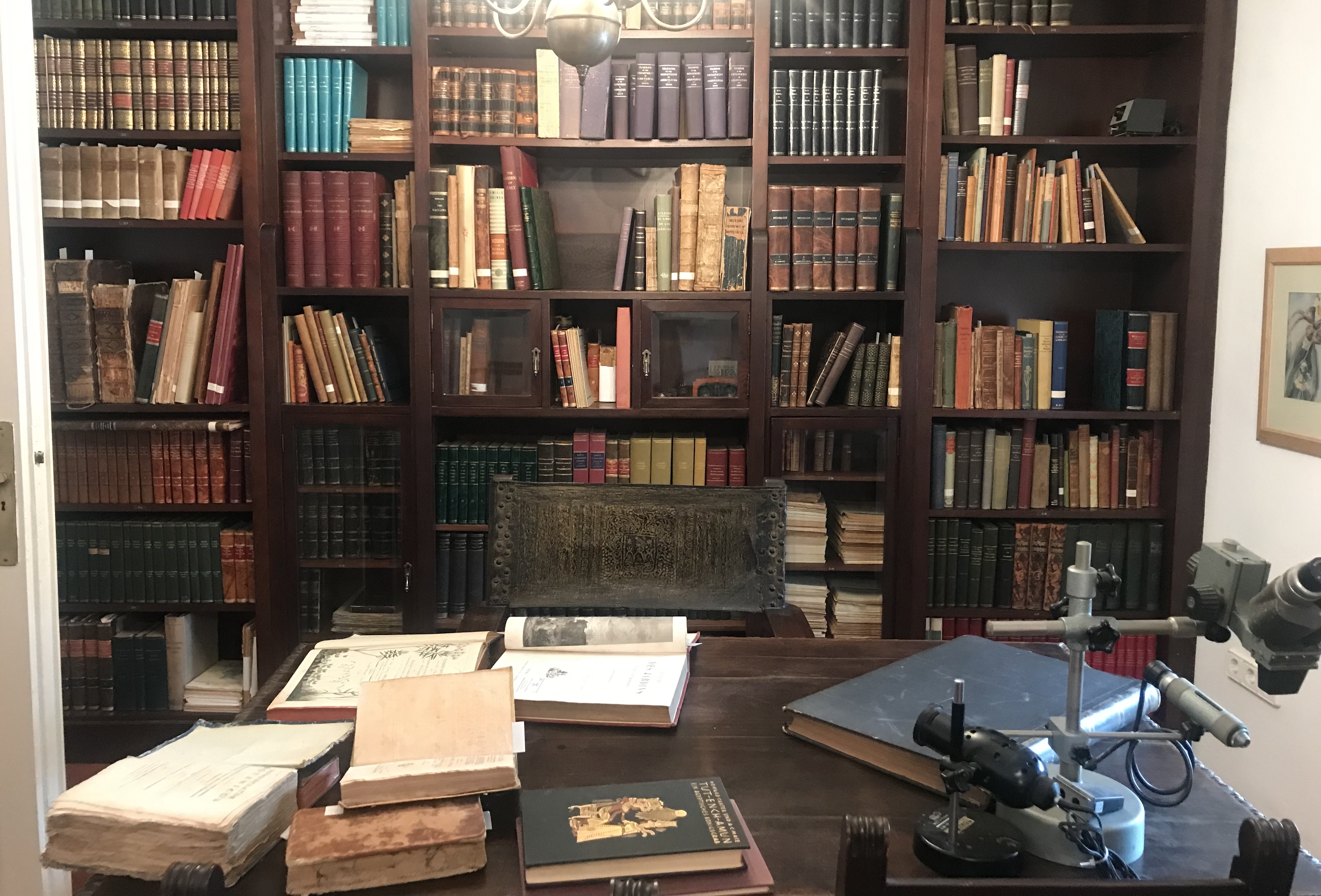 This important bibliographical collection aims to promote research and documentation on the various botanical collections of Marimurtra, as well as to facilitate the study of researchers who spend time in the Garden.

This agreement, will help us to make this significant library fully accesible via search catalogs from different libraries worldwide, such as the University of Girona.

Additionally, thanks to the collaboration, decades of correspondence that Carl Faust kept with botanists of his time will also be visible, such as José Cuatrecasas, Miquel Aldrufeu and Carlos Pou, as well as letters he exchanged with one of his disciples, Ramon Margalef. This digitization process will make it possible for citizens and researchers to view the hitherto unpublished documents on the network.

Finally, this agreement is of mutual benefit to both entities. On the one hand, by extending the bibliographic catalog of the Library of Girona with a collection of books providing great value both for their antiquity and their rarity; and on the other hand, the visibility and prestige granted to the Private Foundation Carl Faust, which for the first time, makes available to the public the private collection of its founder, Carl Faust (1874 to 1952).

Recently, we have implemented a new recycling system at Marimurtra, at the various points for rubbish and litter disposal within the Garden.
This will help us all, and especially our visitors to contribute to the overall environment, enabling the waste they generate to be properly recycled.

Recycling is everyone’s responsibility, can you help us?

Increase the number of visitors in 1,054 people compared to 2017, the year that recorded the best data since 2003

These data show a positive stability in the influx of annual visitors to the Garden. Of all the months of the year, the busiest one has been in August, with 22,516 visitors, which represents 18% of the total annual public. And the month with the lowest influx was in January, with 934 visitors. However, slight seasonality is seen in the second quarter, from March to June, while falling in the fourth quarter, from September to October.

The most prominent visitor group that Marimurtra has received in 2018 remains the public of French origin, which goes from 21% (2017) to 25% of the total public; followed by Catalan that this year drops from 21% (2017) to 20%. The rest of European audiences that have been increased have been mainly those of Germany, Poland and the United Kingdom, but the public of Russia, Holland, Belgium and the one of the rest of the Spanish State decrease.

The visit to the Marimurtra Botanical Garden, one of the only two in Catalonia and the only one on the Costa Brava, continues to present very high seasonal data. For this reason, one of the main objectives of the Carl Faust Foundation will continue to be to work to seasonalize the tourist activity of visiting the Garden, as well as keeping the number of annual visitors stable. In this regard, the Carl Faust Foundation continues to prepare a series of actions to make the visit more attractive during the months that fall outside the high season and keep the calendar of activities in Marimurtra active throughout the year. 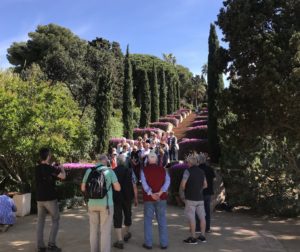 The Carl Faust Foundation, owner and manager of the Marimurtra Botanical Garden, values ​​these figures very positively in a context of recovery of tourism in Catalonia and the Costa Brava in particular. Also in the revitalization of an interest in the most iconic and significant places in our house, among which Marimurtra stands out, a playful and cultural proposal with a great botanical and scenic interest.

The Carl Faust Foundation is a private non-profit foundation that received the Cross of Sant Jordi of the Generalitat de Catalunya in 2009. The Marimurtra Botanical Garden is classified as a Cultural Good of National Interest by the Generalitat of Catalonia. 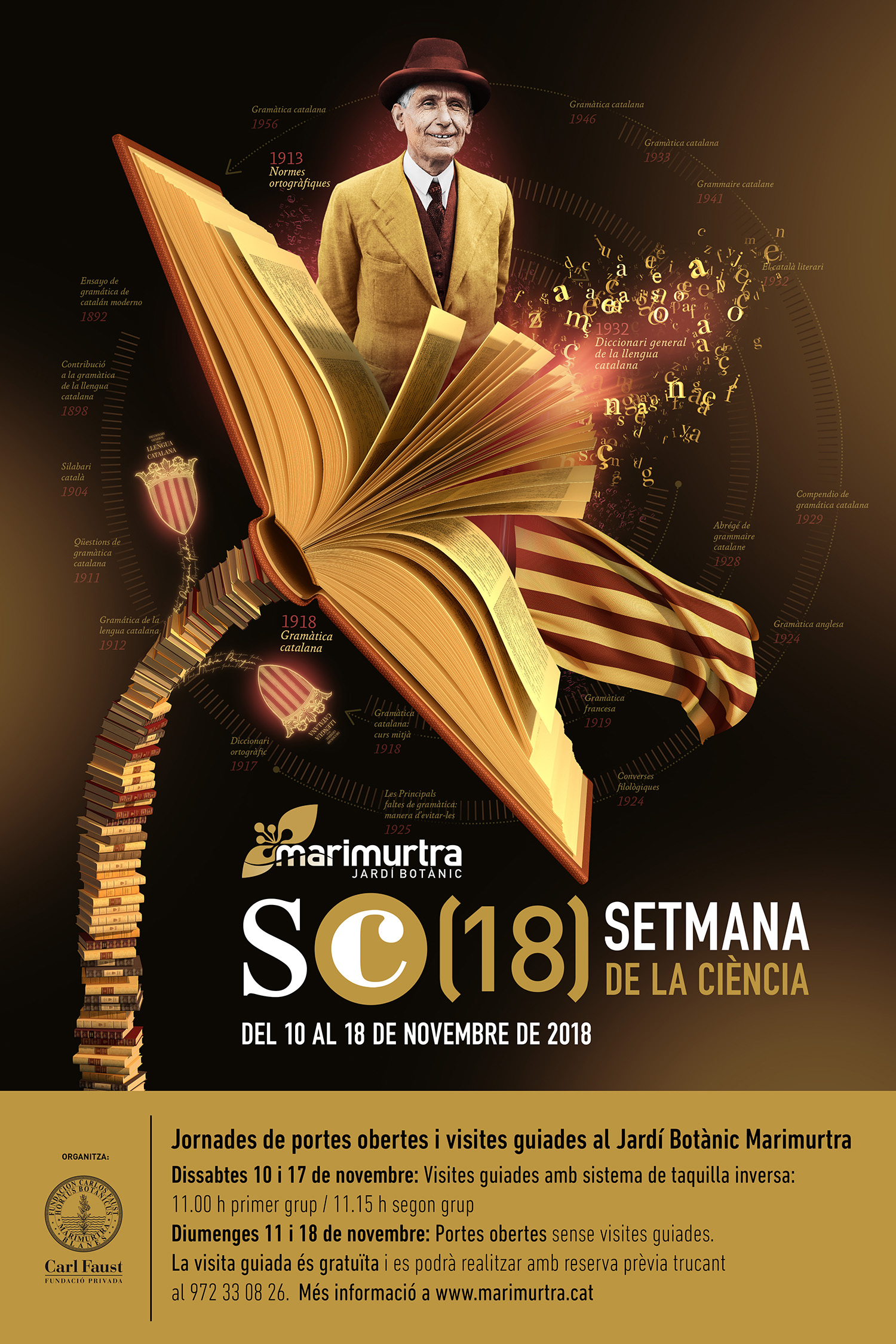 The spirit of autumn has flowed over Marimurtra with earthy colors, oranges and reds. Some species stand out over the rest in this season of the year.

A botanical garden is a living museum, which is transformed with each season, with autumn being one of the most special. The transformation of a species is part of its life cycle, and seeing the process of changing through the seasons is an enriching experience ; highly recommended! Below we present some of the most outstanding species from this autumn.

Cycas revoluta is a very majestic coniferous species. Did you know that cycads are one of the most ancient groups of plants on Earth? They existed with the dinosaurs. Within this female cone, the seeds of the plant are hidden. Beware the leaves, they are very sharp – discouraging even for a hungry dinosaur.

Myrtle (Myrtus communis) and strawberry tree (Arbutus unedo) are splendid with their fruits. In Marimurtra, seeing the fruits of these two species is a clear symbol that Autumn has arrived. Both fruits are edible, but beware of strawberry tree ones, they say that if you eat too many you can get drunk!
Did you know that Marimurtra took its name from the Myrtle? 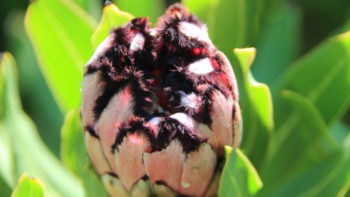 One of the most prominent blooms of this month is Protea neriifolia, noted for the hairs it has on the ends of its petals. This wonderful flower is used to complement bridal bouquets, as it adds a lot of personality.

Finally, autumn is the beginning time in which many species of palm trees bear fruit. If walking through Marimurtra, you smell a very sweet aroma, most likely it will be wafting from piles of fruits that have fallen from the palms.
Those are some of different flavors and colors, awaiting your visit to the Autumn Garden.